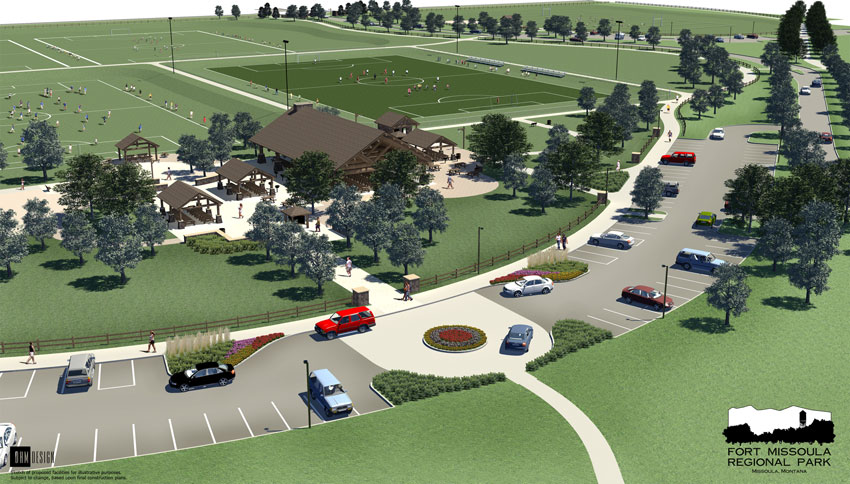 Imagine softball and soccer tournaments held on multi-sport fields at Fort Missoula as well as new restrooms, trails, playgrounds, and picnic areas.The FMRP Master Plan (PDF) also includes water features and places for activities such as croquet, volleyball, basketball, and pickleball. It encompasses the existing 63-acre County park as well as 82 acres the city purchased in 1998 using open space bond funds and 10 acres of UM land under lease to the City. The plan was developed by a park design consultant, City staff, and the Fort Missoula Working Group, a focus group composed of interested citizens, local officials, and special interest representatives.

Preservation of historic and cultural elements of Fort Missoula have been a critical part of the planning process. Historic Fort Missoula was constructed in 1877 and has housed the U.S. Infantry, a military training post, and even a World War II internment camp. It was also the site of the largest Civilian Conservation Corp headquarters in the U.S. from 1933 to 1941.